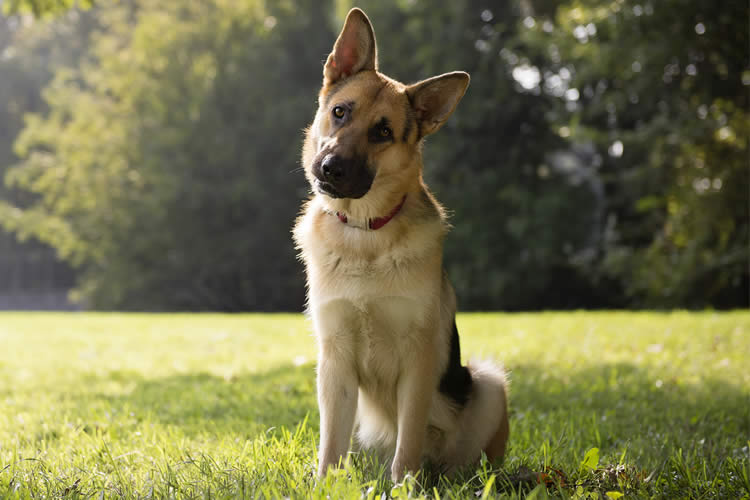 Dogs do plenty of cute things during their time with us and one of those things is the adorable way in which they tilt their heads. Remember Nipper, the RCA Victor dog? If not, Google him! We all know this action is extremely cute but why do they do it?

The Dog’s Ability to Empathize

First off, dogs are experts at reading our body language and responding to our actions and voices. This means when you’re scolding your dog for doing something wrong, you can be assured that even though the literal message may be lost in translation, your pooch has taken in all your inflections and vocal tones enough to know what you’re saying whether it be praise or reprimand. Dogs have the capability of recognizing our speech patterns and associating them with inflections in our tone and body language. Fun words like “play” or “go out,” or “food” will make a dog’s head cock to one side while he’s attempting to decipher what you’re saying. Just make a weird noise your dog couldn’t understand and you’ll see his head tilt as he attempts to decipher what your trying to tell him!

The ears of a dog may also have something to do with head tilting. A dog can sense higher frequencies which remain undetected to the human ear but what they can’t detect is the sound source. Their ears are less precise than ours in that respect. Some experts hold the belief that a dog tilts its head in order to gain better sensory information by adjusting their outer ears (or pinnae) to better pinpoint noise locations.

If you had a muzzle, you’d understand the dogs’ predicament. With a muzzle you wouldn’t be able to see the lower part of someone’s face when they’re speaking. This is a problem for Rover who needs to perceive emotional voice cues and our facial expressions. Yes, dogs can read our facial expressions and some researchers believe dogs are trying to get a better view of our mouths (where most facial cues originate), when they tilt their heads to the side.

The frequent head tilter could mean your dog is especially empathetic but what about all of those socially apprehensive dogs who rarely tilt their heads when you speak to them? Are they automatically labelled as canine sociopaths? Heck no! And, if they have pointy ears and a flatter nose, definitely no! Instinct aside, if you, as a dog owner, respond to the head tilt with positive reinforcement, the more your dog will be apt to head tilt as he searches for more praise. Dogs just love praise!