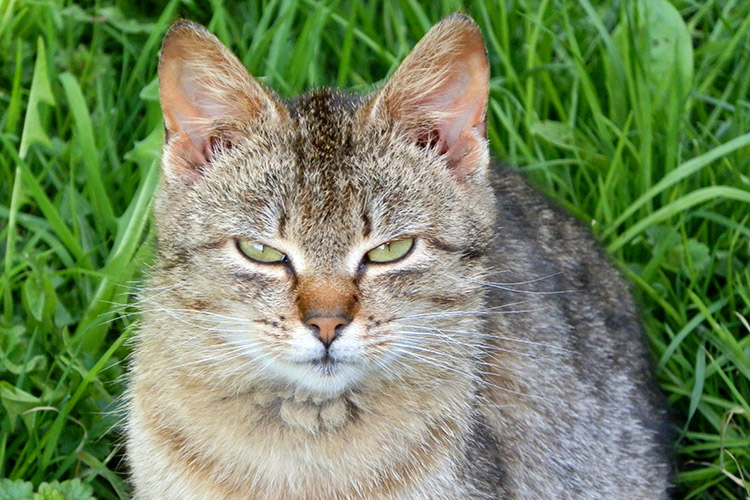 Throughout history cats have been both loved and reviled by humans. Ancient Egyptians worshiped them. Europeans in the Middle Ages often decried them as witches’ familiars. The opinion on the sleek feline is as varied as the cats themselves. Let’s look at some reasons why.

Piercing stares, eyes that glow in the dark, and a remarkable ability to evade death are traits that have made the cat a mystery to humans for centuries. Perhaps aversion to cats stems from this medieval notion that cats were somehow linked to the sorcery and dark magic. It’s certainly not universal; there are plenty of cultures that have been known to revere cats for these very same traits.

The common housecat has an instinctual need to “hunt.” Have you received presents of mice or birds? Because of their predisposition to stalking and catching small prey, they have earned an unsavory reputation. Many have even gone so far as to say cats are harming the environment by killing birds.

You should rest assured that your cat is not contributing to the extinction of bird species. Cats are not great hunters. While they have the drive to hunt, they don’t have the skill set. Hunting is learned and passed down from mother to offspring. A housecat’s hunting moves are clumsy and loud – giving even the weakest prey plenty of time to make an escape. When a cat catches her prey, it is more likely due to pure luck rather than her awesome hunting skills. The claim that they are hastening the extinction of birds is just plain unfounded.

The antipathy that humans have for cats seems to stem from their own need to be adored. Dogs, of course, do this well. Cats, on the other hand, have a subtle way of showing their affection for humans. Moreover, we perceive them as showing disdain or contempt for us.

They ignore our calls, prefer to sit alone by the window, and get irritated if we pet them too much. They’re not constantly begging for our attention following us around the house or sitting in our laps. Because of this perceived lack of affection, humans have called them “egocentric” and “arrogant.”

All Instinct, No Feeling

A cat can’t win with its haters. Even her displays of affection are dismissed as simple feline behavioral traits. So, you think your cat loves you because she rubs herself against your legs? The cat-hater will say that this is merely a way for a cat to rub her scent on you, ignoring the fact that a cat won’t even bother to rub against a person she doesn’t like.

What about the adorable way she pushes her face against you? Again, this is another way of marking you with her scent, claiming you as her territory. Yet, as we cat-lovers know, this is surely a sign of affection too – cats don’t waste time with people they don’t like.

There are people who don’t like cats and we won’t ever change their minds. They won’t see the unique and endearing qualities that us cat-lovers see and that’s okay. However, we don’t have to ascribe superstitious and unfounded characteristics to cats just because we don’t like them.

References:
Poular Science: Sorry, Cat Haters, Science Isn’t On Your Side
Medievalists.net: Why Cats Were Hated in Medieval Europe