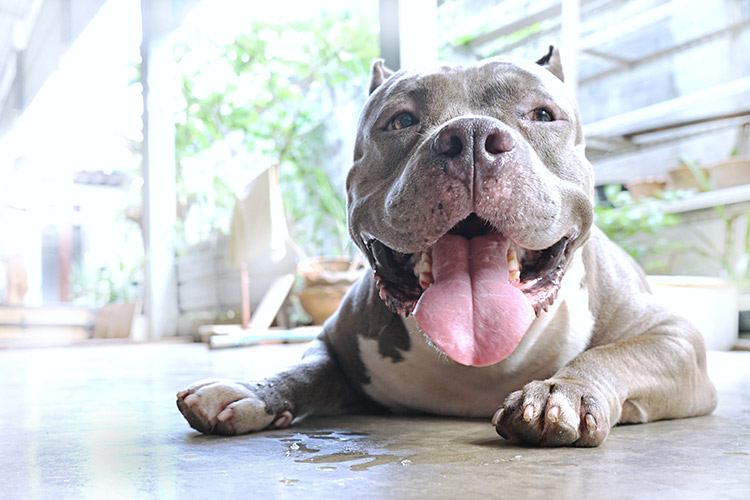 Most states in the USA have Breed Specific Legislation on the books. Referred to as BSL these laws don’t always state “pit bull” in the wording. However, the laws are most often used to target pit bulls. Other breeds often targeted are Rottweilers and Dobermans.

Because the list of BSL-enforced states is lengthy let’s start with the states that have laws prohibiting BSL or breed-discrimination. These states are California, Colorado, Texas, Illinois, and Florida. The states that don’t have any BSL being enforced or prohibit BSL are Alaska, Arizona, Connecticut, Hawaii, Maine, Massachusetts, Minnesota, Nevada, New Hampshire, New Jersey, New York, Oklahoma, Pennsylvania, Rhode Island, South Dakota, Utah, and Virginia. Some of these states, such as Utah, have prohibited local governments from making their own BSL thus protecting dog-owners and dogs from unfair and inconsistent laws that only have basis in conjecture.

The other states either have passed laws banning breeds or their prohibitions against BSL have been repealed. Even if the states haven’t passed laws they have allowed local governments to pass their own laws banning breeds within their borders. Even more disturbing is the fact that these BSL laws are very subjective – they allow dog-owners to be banned if their dogs “appear” to be a so-called “dangerous” breed.

To see if you and your pit bull would be welcome in the BSL states check the city you wish to move to. You might be able to move to a BSL state and avoid the unfriendly municipalities that have banned pit bulls. The 10 states where you and your pit bull are most likely to get the cold shoulder are Iowa, Kansas, Ohio, Missouri, Wisconsin, Mississippi, Arkansas, Michigan, Louisiana, and Kentucky. Iowa is the worst with over 90 municipalities that have BSL. Kentucky has just over 30 municipalities with BSL on the books.

Will BSL Be Eradicated?

Social media and better awareness have been very effective in chipping away at the aspersions cast by anti-pit bull groups. With the help of celebrities such as Cesar Milan pit bulls are regaining their rightful place as pets. Pit bulls were once loved by Americans until dog fighting became lucrative in the underworld. Now attitudes are changing once again and people are realizing that BSL is only making the problem of dog overpopulation worse.

With enforcers, lawyers, and even the American Bar Association tiring of trying to litigate such confusing and specious laws BSL may slowly be dying out. Still, until dogs as a whole are completely exonerated humans have to be responsible for their charges. This means doing a lot of homework before you move to a new place. Not only do you have to check if your intended municipality is pit bull-friendly, you have to check with the neighborhood, the HOA, or your landlord.

Moving without your pitbull will most likely be a death sentence for him. With the overpopulation of pit bulls they are probably the most often euthanized dog in the shelters. To think an abandoned pit bull will be adopted especially as an adult dog is a pipe dream. A negligible percentage of adult pit bulls will hit the jackpot and get adopted by a loving family. The majority will be condemned to either a lethal injection or a tragic life on the streets.

References:
CheatSheet.com: 10 States Where Your Dog Might Be Banned
Huffington Post: Here’s a Map of Where Your Pit Bull Isn’t Welcome