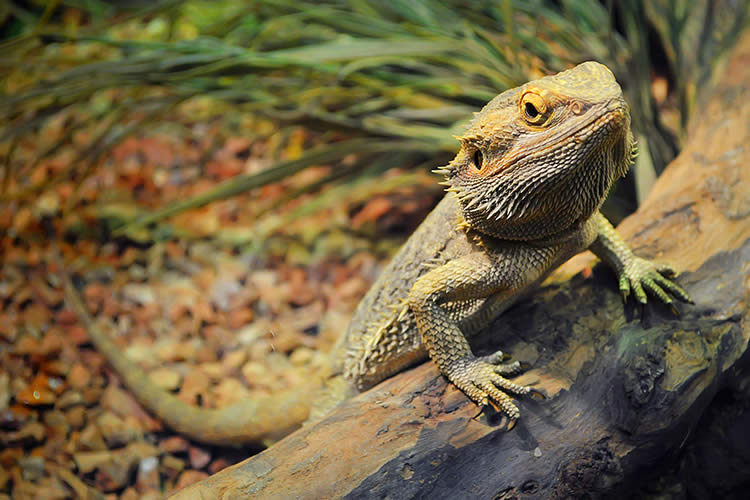 Are reptiles social animals? Some say “no” but then how can you account for all of those Galapagos Island Green Iguanas basking together in the morning sun? Okay, they are territorial, especially during mating season, but you cannot deny their attraction to sunbathing. The truth of the matter is not many vertebrates mix well with others – especially with members of their own species. Take some snakes and lizards for instance – they should never be housed together because they will fight. Adult male iguanas will follow the same course of action and usually when reptiles do socialize you can bet there is a tinge of sex in the air and reproduction time is near!

The More Than One Problem

Reptiles and their solitary nature can pose a problem for pet owners who want to own more than one reptile. The problem with reptiles, however, is you simply cannot mix and match them because this may lead to stressing the animals and fights between them could break out.

But, never fear, there are a good number of social reptiles for the reptilian pet owner and, yes, this includes snakes! Here are a sampling of reptiles that are social towards humans:

Thoughts of dragons bring to mind fierce mythical beasts that breathe fire but this social lizard, the Bearded Dragon, is a friendly animal that makes a good pet and appears to love human interaction and handling. Be careful though, sometimes Bearded Dragons aren’t very friendly towards other Bearded Dragons.

This little lizard gets along well with everyone and everything (providing he’s housed with a group of females)! Housing a group of males together may lead to fighting. Geckos are usually not really aggressive towards humans and they manage handling well.

I loved owning turtles when I was a child and if they’re around the same size and not nipping each other, they can then be housed together. Beware of the more aggressive turtles like the snappers, mud, musk, and soft shell turtles which should only be housed with turtles of similar sizes and species. Box turtles and tortoises should be no problem if housed with similar turtles but in a large cage. Both land turtles and tortoises can be housed together because both species have a docile nature. You should always be observant for any type of negative behavior no matter how kind the turtles seem to be…there are always exceptions.

Next on the lizards-kind-to-humans list is the Argentine Tegus which is a highly intelligent lizard known for seeking out human affection much like a dog or cat. It can even be housebroken but we’re not sure if they can play fetch. This lizard can live to be 20 years old if cared for properly. It’s an omnivore and it’s quite docile but if you have small pets like a hamster – watch out – the Argentine Tegus cannot be trusted around small animals!

Another lizard with a 20-year lifespan is the Blue Tongue Skink. This is a good beginner lizard because it has a good disposition. It can grow up to 24 inches long and gets along fine with humans. Juveniles should be kept separate from adults as should males but two females or a male and a female should work out fine. Again, if you observe fighting, they should be placed in separate enclosures.

Always a popular choice is the Ball Python. They’re shy but they handle captivity well and they come in a variety of colors. For a python, they’re small in size, averaging 3-5 feet long for the female and 2-3 feet long for the male. They can live up to 40 years or more and initially they may take a while to trust you. When that trust is established, they do seem to enjoy being handled. Rule of thumb with a snake is if it looks like it’s going to strike, it’s time for you to take a hike! In other words, leave it alone!

As with any exotic type pet, you should check with your local city, town, or borough regarding the legality of owning such an animal in your area.