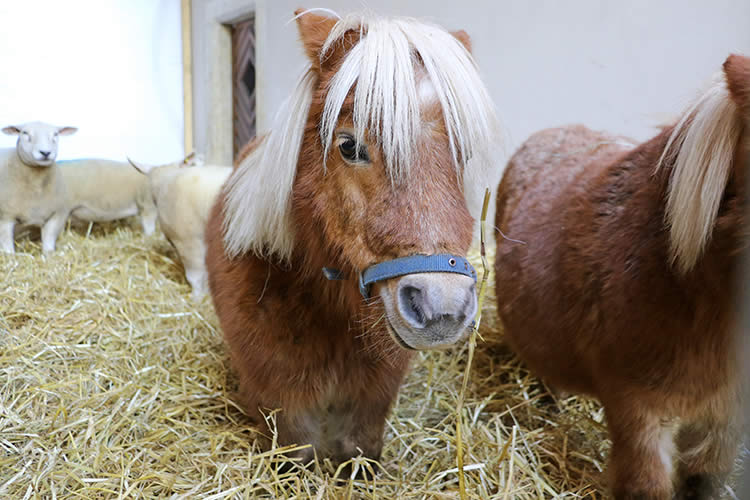 Nature can present us with some amazing and wonderful creatures like the bat, the tortoise, and the antelope. But what if we told you that nature has created mini versions of these creatures as well as other teeny, weenie animals that are simply amazing? Would you believe it?

At any rate, here is a small list of the world’s smallest animals!

The Bumblebee Bat (also known as the Hog-Nosed Bat) is found in Thailand but has also been seen in Myanmar. This bat is as tiny as a bee (weighing less than 2 grams) and usually live in limestone caves in groups of 100 or more. Unfortunately, tourists have led to their decline by disturbing the bats roost and exposing them to extinction.

The Bumblebee Bat is known as the smallest mammal by its skull size but the Etruscan Shrew is considered to be the smallest land mammal in the world by mass, weighing about 1.8 grams (0.063 oz). Known also as the Savi Pygmy Shrew, this tiny mammal is found throughout Eurasia and even Africa.

These nocturnal antelopes are extremely shy and live in the dense forests of West Africa. When disturbed or surprised it is not uncommon for these antelopes to leap high into the sky (2.5 meters in one single bound)! That’s a pretty tall leap for a 10-pound antelope that grows to be only 10 to 12 inches tall!

We’ve looked at the Bumblebee Bat and now we’ll take a look at the Bee Hummingbird, the tiniest bird you’ll ever find that is native to Cuba! Weighing in at around .071 ounces (2 grams) with a length of 2.4 inches (6 cm) this tiny bird can flap its wings over 100x per minute. The bird’s eggs are also pea sized and are, in fact, the smallest pea-sized eggs in the world!

Found in New Zealand and Australia, this penguin is considered to be the smallest species of penguin in the world. Its average height is 33 cm (13 in) and 43 cm (17 in) in length. These seabirds have a long lifespan and live an average 6.5 years with some even living to an incredible 25 years in captivity!

Mexico has one of the smallest owls in the world called the Pygmy Owl. This owl feeds on insects, lizards, and other small animals as it grows to about 13.5 cm (5.3 in) long. Little else is known about this owl’s habits who live in Mexico’s tropical or subtropical forests.

With an average length of 29 mm or 1.1 inches, the Micra Chameleon can easily stand on your fingertip. This chameleon from Madagascar unfortunately faces extinction due to the excessive logging in the forests of Madagascar!

Found on the British Virgin Islands the Dwarf Gecko measures smaller than the Micra Chameleon (about 18mm (0.71 in)) and it weighs in at 0.15 grams (0.0053 oz). Little is known about the population size or the biology of this gecko but it’s interesting to note that its tail will regenerate when broken off.

Found on the Caribbean islands of Barbados, this blind threadsnake is about as thick as a spaghetti noodle with an average length of approximately 10 cm (3.9 inches). The Threadsnake’s diet consists of bel termites and ant larvae.

– The Paedophryne Amauensis Frog is the smallest frog measuring in at 7.7 mm (0.30 in) in length (about the size of a coin). Found in Papua, New Guinea, it is the world’s smallest known vertebrate that lives in rainforest leaf litter!

– Second to the the Paedophryne Amauensis Frog is the Brazilian Gold Frog (Brachycephalus didactylus) which is also known as Izecksohn’s Toad. Adults measure up to a mere 9.6–9.8 mm (0.38–0.39 in) in body length while their beautiful golden color explains their name.

– Frog number three is the endangered Monte Iberia Eleuth (Eleutherodactylus iberia). This third-smallest frog in the world hails from Cuba and measures about 10 mm (0.39 in).

Smaller than a human fingernail, this minuscule jellyfish measures 1 cubic cm in size! These jellyfish inhabit the marine waters of Australia and they have the capability of firing stingers into their victims. Their venom is rather potent and can even cause death if left untreated.

One of the hardest species to find is the Satomi Pygmy Seahorse. This results in making the species almost impossible to photograph! This nocturnal seahorse can be found (if you’re lucky) at the Derawan Islands off Kalimantan. It is known to be the smallest seahorse in the world with an average length of 13.8 millimetres (0.54 in) and a height of 11.5 millimetres (0.45 in).

Did you ever try holding a shark in your hand? Well, you could hold the Dwarf Lantern Shark that has a maximum length of 21.2 cm or 8.3 in. The shark lives off the coast of Colombia and Venezuela in very deep waters and is capable of producing light from its photophores like other deep water creatures.

The South African Speckled Padloper Tortoise is the smallest tortoise in the world! This little tortoise can grow up to 8-10cm in length and can weigh about 95-165 grams (3.4-5.8 oz). The tortoise makes a good pet as it adapts well to captivity but it’s a difficult pet to care for.

The American miniature horse is one horse where you wouldn’t sit tall in the saddle! This horse is around 34 inches (86 centimeters) tall! Bred initially for European nobility in the 17th century, these horses are now used as guide and therapy animals. It’s interesting to note that guide horses can be much calmer than dogs after training due to their docile nature.

How big is the smallest breed of cattle in the world? The Vechur Cow grows to be 87 cm in height and 124 cm in length and is known for producing vast quantities of milk without requiring a lot to feed. Furthermore, the milk is believed to have medicinal properties.

The smallest anteater in the world can be found in the thick forests of Central and South America. He’s a cute little fellow measuring 35 cm including its 25 cm long tail. The Pygmy Anteater is hard to spot as it is dedicated to staying in the trees and is basically nocturnal. Out of sight mostly during the day, this anteater can avoid detection by curling itself up into a perfect ball in the trees.

Of course there are many more small animals in the world than those that are on this short list. Unfortunately I’ve already gone over this article’s word count because of all of this “small” talk!

References:
Wonderopolis: What Is the Smallest Living Mammal?
Heavy: The 20 Smallest Animals in the World