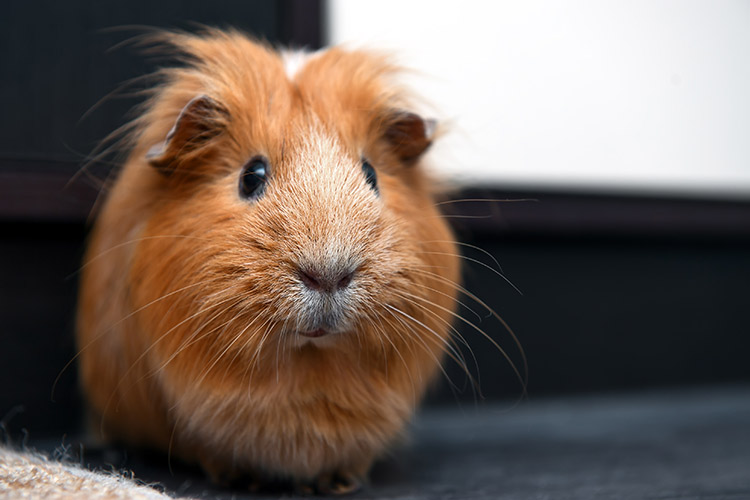 Hamsters and guinea pigs are often used interchangeably in speech, but they are quite different. Not only are their physical characteristics remarkably dissimilar, their temperaments and behavioral traits also diverge dramatically. Deciding which one you would rather have requires that you know the characteristics and habits of each.

Both hamsters and guinea pigs are rodents belonging to the order Rodentia. This is probably the reason why people often confuse the two. As rodents both have similar biological features. Just like their rat cousins hamsters and guinea pigs have teeth that continuously grow. They are also, just like most rodents nocturnal animals. This is where the significant similarities end.

One of the starkest differences between guinea pigs and hamsters is their size. A hamster will fit comfortably in the palm of your hand. Some, such as the dwarf hamster, are even smaller. The guinea pig is typically between one and three pounds. Mature guinea pigs will be about the size of a young kitten. Naturally, a guinea pig’s size will make it the more expensive pet with supplies, food, and housing being the main expenses – apart from vet costs.

Size is one of the most important factors when deciding which one you’d rather have. This will determine how much space you will need to keep your small pet happy and healthy. A guinea pig will need a very large cage and plenty of toys whereas a hamster needs less swanky accommodations.

For people who want a pet that they don’t have to interact with constantly a hamster is without a doubt the best choice between the two. Hamsters don’t like interaction and they also get highly stressed when confronted with larger animals. They are very anxious and scared of most animals even guinea pigs.

Because hamsters don’t like to share their homes they are low maintenance and they are less expensive to keep. A moderately sized cage along with some equipment and toys are enough to keep this little guy entertained. Additionally, they are not as active or vocal at night meaning your beauty sleep is less likely to be interrupted.

Guinea pigs must be kept either in pairs or with a group. Therefore the cost of supplies will be at least double what you initially assumed. They need a lot of bedding that must be changed out regularly. Their housing will need to be quite large to accommodate two or more.

Kids usually want to have a pet they can interact with. For them a guinea pig may be more appropriate. Plus, they are bigger and heartier – all the better for the clumsy hands of children. While a hamster might be ornery when its sleep is interrupted during the day, a guinea pig will be happy to sleep in someone’s lap.

A hamster is appropriate for those families who want to introduce pets to their children slowly. They don’t live long; their lifespans are two to three years at the longest. This means that you won’t be bound to a long-term commitment. Guinea pigs can live longer than five years which means you’ll have a household of at least two of them for a long time.

References:
Squeaks and Nibbles: Hamster vs Guinea Pig – Which Pet Is Best?
DifferenceBetween.net: Difference Between Guinea Pig and Hamster