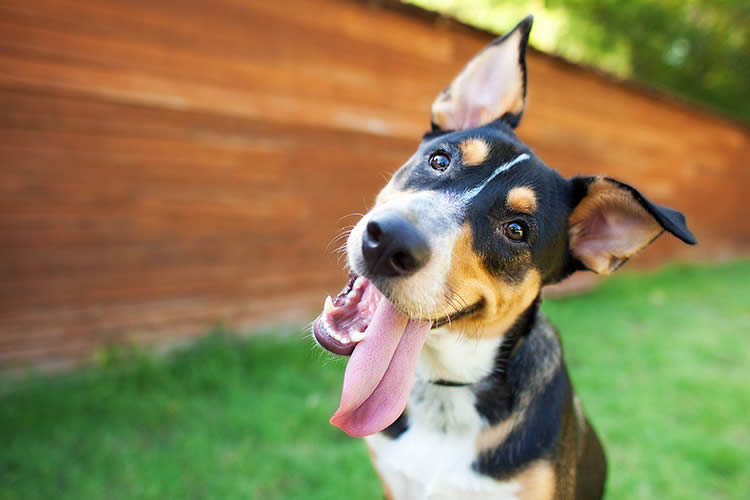 Everyone has experienced a cat going crazy over catnip but did you know dogs like catnip too? Not all dogs (or cats for that matter) are noticeably affected by the Nepeta cataria plant, however some dogs do like catnip and they can get a few healthful benefits from from this delightful herb to boot!

Catnip (known also as catmint and catswort) contains some healthful vitamins and minerals such as vitamin C and E as well as magnesium and flavonoids. Catnip also contains some essential oils that will benefit your dog’s digestive system. You should always consult your veterinarian however, if you’re considering using catnip for medicinal purposes.

Catnip is a stimulant for cats but for dogs this herb has the opposite effect. Catnip makes them quite mellow, which is why it’s sometimes used as a dog sedative. For example, if your dog is extremely nervous when going to the vet, try putting some catnip leaves in his drinking water or sprinkling some on his food.

Catnip is safe for your dog to sniff or even eat in small amounts. Sometimes used as a diuretic for people, catnip can also be utilized in the same manner for dogs. Catnip oil promotes urination which relieves the body of excess water and cleans out toxins like uric acid or wastes from colds or allergies. A small amount of catnip given to your dog can aid in keeping him regular but be careful to not give him too much of this herb.

Gas, cramps, and flatulence. Dogs suffer from these stomach ailments just like we do. Catnip can help in remedying these ailments in both humans and dogs. It’s antispasmodic properties also can reduce cramps, spasms, diarrhea, and dyspepsia. A small amount of catnip as in catnip oil or catnip tea can calm a dog’s sick stomach and prevent vomiting.

I rarely use the “E” word but the meaning is catnip helps stimulate blood flow to the pelvic region and thus eases menstruation. It works wonders but catnip should never be given to a pregnant dog.

Thymol is contained in catnip. This compound can be used as an antiseptic and is ideal for external wound treatment. A dog’s sores, cuts and scratches can be treated with fresh catnip or catnip oil. Insect bites can also be treated with catnip which also has the power to repel mosquitoes.

The herbaceous plants cats love to go crazy about won’t make your dog act crazy or catty. You can allow your dog to sniff and eat small amounts of catnip with no worries. If your dog reacts at all he’ll probably become mellow and calm but results will vary with each unique canine personality.

References:
The Nest
Can I Give My Dog?