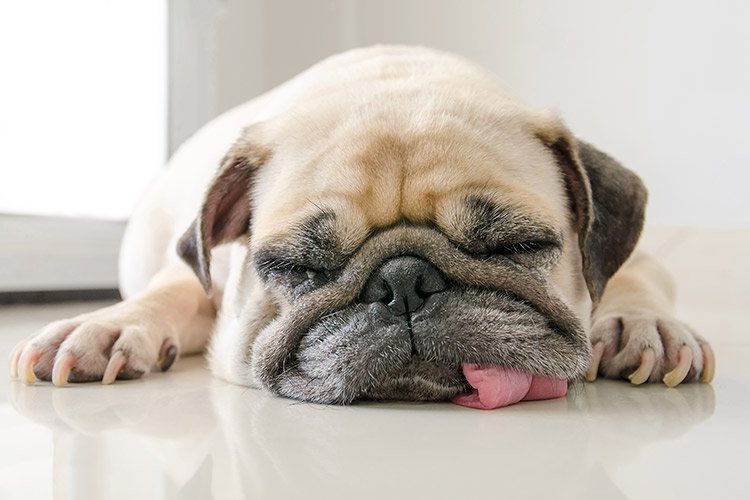 I always enjoyed watching my cockapoo, Angel, as he slept and dreamed. His legs would start kicking. His mouth would move and his tongue would flick about as his body seemingly convulsed and whimpered as whatever he had been dreaming about was chasing him or was being chased. Could this be true? Do dogs dream and are their dreams similar to how we humans dream? Some scientists believe that dogs do imagine and replay moments from their woken state while they’re fast asleep.

How do we know dogs are dreaming when asleep? Just ask the rats. MIT researchers trained rats to run a maze while measuring their brain activity. Their brain activity while in rapid-eye-movement sleep, the same sleep cycle wherein humans experience dreams, was the same as when rats were running while awake. Researchers concluded the rats were dreaming about their maze run that occurred earlier in the day. Dogs and cats are more intellectually sophisticated than rats so researchers assume dogs and cats experience dreams much in the same manner as rats.

Structurally a dog’s brain is similar to humans. Also notable is the fact that during sleep the wave patterns between dogs and humans are not only identical but so are their stages of electrical activity – and all of this is consistent with the idea that dogs do indeed dream!

Signs of a Dreaming Dog

Twitching legs, barking, and even growling during REM sleep are signs of a dog dreaming but researchers have found that what dogs dream can be a characteristic of their breed. For instance, a Pointer may search for its game while a Springer Spaniel could be flushing imaginary birds out of the bush while dreaming. Dreaming for dogs usually begins around 10 to 20 minutes after they fall asleep. If you can see their eyes moving behind their eyelids, then you can be sure they’ve started to dream!

Should You Wake a Sleeping Dog?

As the adage states “let sleeping dogs lie.” This adage is especially true if you notice your dog having a dream. Interrupted sleep during the REM cycle can startle your canine and may cause some abnormal behavior in your dog! Remember when someone awoke you during your sweet restful sleep while you dreamt? I bet you could have bitten someone at that moment also!