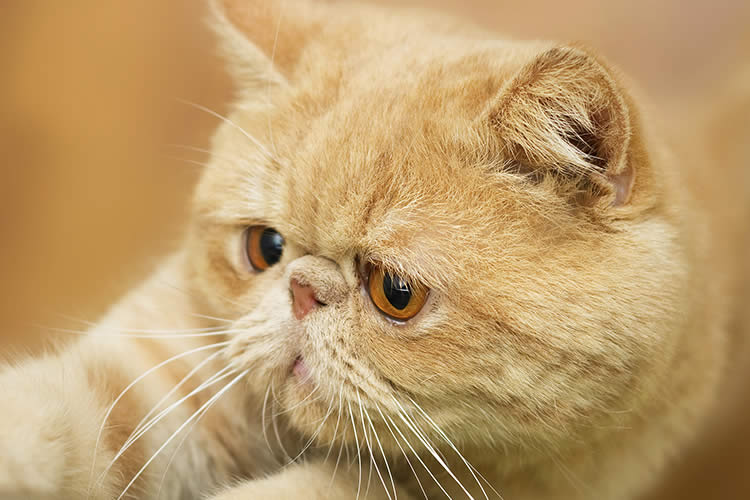 Are they good luck or bad luck? If they’re a witch’s “familiar” (an animal embodying a spirit which aids a witch in performing magic) they must be bad luck! Right. Poor kitty cats have been the object of misconceptions, folklore, and superstitions throughout history and some of those false facts have been carried over to this very day! It’s hard to believe but it’s true. Here are a few cat folktales that have spanned the world!

Fertility, the Harvest & the Gods!

The quickly multiplying cat is often associated with fertility but did you know cats were also known as good luck to farmers during the harvest who wanted a good crop?

The Scandinavian goddess, Frevia, rode in a cat drawn chariot while farmers left out offerings for her to ensure a good harvest. Ai Apaec, a Peruvian fertility god, had been known to assume the shape of a tomcat while visiting our earthly realm! Other gods, such as the Roman goddess, Diana, while visiting our world, also took in cat shapes and forms while a Chinese cat deity, Li Shou, warded off night time evil!

In Chinese legend, cats were put in charge of the world (they had the power of speech back then). The cats decided humans could do the job so they could laze about (which is the reason for their supercilious expressions when we scurry about these days)! Unfortunately, because of this katty decision, cats can no longer speak! Just think of what they’d say if they could talk!

Gods admired Siamese cats so much that they put their thumb prints on the necks of the cats which are represented by dark, shadowy parches. And Birman cats were all brown until one jumped onto the body of a slain Burmese priest. The priest’s spirit passed into the cat who’s body then turned golden whilst it’s head, tail, and legs remained brown! The cats feet turned pure white because they touched a holy man’s skin.

Egyptians believed cats could capture the glow of the sun setting in their eyes where they’d keep it safe until morning. Therefore it was unlawful to kill cats. When the Persians heard of this they tied cats to their shields when they attacked Egypt – and the Egyptians dared not put up a fight!

Dogs and pigs may be unclean but not so for the cat in the Muslim world! It is said that Mohammed had a tabby that fell asleep on his robe’s sleeve. Instead of disturbing the cat during prayer time, he cut off the sleeve of his robe. Mohammed marked an “M” on the cats forehead as a blessing for warning him of danger and three dark lines on its back where he stroked his cat!

To Egyptians, the “M” depicted their sacred Scarab beetle while Christian folklore says it’s the mark of the Virgin Mary who blessed a cat for saving the baby Jesus from a snake in His crib (sent by the devil, of course)! Another story says a tabby cuddled with a shivering baby Jesus to keep him warm. Mary was so thankful that she gave the cat an “M” on its forehead so all descendants of the mother cat would carry the mark of Mary!

The three hairs on the tip of the cats tails are said to be “Devils hairs” which cause the cat to prowl all night when all of Gods beasts should be sleeping! In America, down South, it is said that the Devil takes retribution on anyone who drowns a cat and dispenses rheumatism on those committing the lesser crime of kicking a cat!

In Britain, the end of the blackberry season was when Satan was cast out of heaven and landed among the brambles. Kittens born at that time were said to be notoriously mischievous!

In some cultures cat’s aren’t cats but mystical creatures like fairies and goblins! In Norway, the Norwegian Forest Cat is called the Fairy Cat. Staring into its eyes will reveal the fairy world spying on us!

Cait sidhe, pronounced “caught shee” is derived from Celtic folklore. This magical cat, the cait sidhe, translates into English as “fairy cat.” The cait sidhe aren’t everyday cats but are witches, fairies, or spirit type creatures mimicking the cat form. Often described as being unusually large, fearsome, and all black except for a spot of white fur upon their chest.

In Japan you can spot a vampire disguised as a cat because they’ll have two tails! And sorcerers disguised as cats will enter houses to devour naughty children.

In Russia, blue cats were believed to be lucky while in Japan the tortoiseshell-and-white (“mi-ke”) is the luckiest of all cats. The Tortie Tomcats are lucky for seafaring gents who need fair weather. These tricolored cats are also lucky in Canada.

When I looked into my cat Mitz’s eyes I didn’t see fairies, gnomes, witches, or a witch’s familiar, but I did see the love of a faithful companion which makes me believe that maybe, just maybe, cats are magical creatures after all!