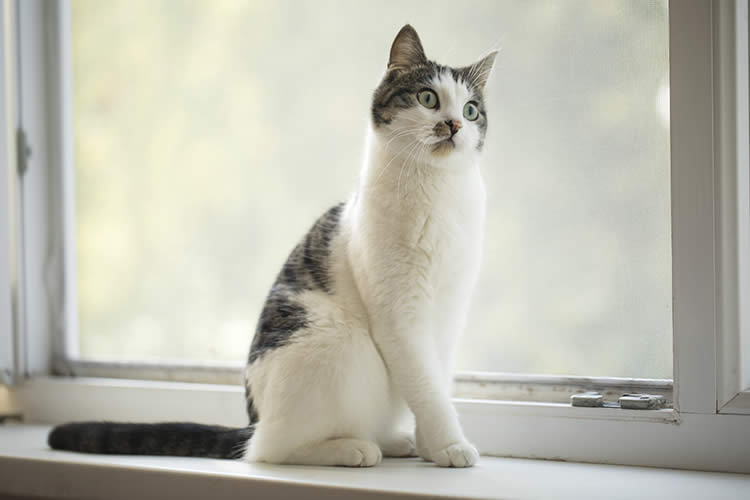 Animals have developed heightened senses which vary from species to species. They are capable of sensing danger when a predator is near or when a damaging storm is moving towards their location. So if animals can predict a predator stalking them or sense changes in the weather, doesn’t it stand to reason that our furry friends of forest, farm, and home may also be capable of sensing something more esoteric – like the supernatural!

Throughout history, folklore concerning animals and their interpretation of the supernatural has been generally accepted as being fact. We’d all love to believe that our dogs and cats can sense the supernatural through some canine or feline sixth sense. Like when Rover suddenly jumps up and barks at nothing, perhaps reacting to dear departed Aunt Martha who decided to pay a ghostly visit. Or when Fluffy the cat springs up and hisses, hunched back and all, in a vacant room – could this mean evil is near?

Definitive evidence of animal ESP (extrasensory perception) is elusive to say the least. There are multiple instances that have been chronicled of the unexpected and unexplained actions of dogs who are interacting with something that remains unseen but this could be the result of an animal’s heightened sense. A dog’s sense of smell, for instance, can range in sensitivity from 1,000 to 10,000 times when compared to a human’s sense of smell. This is the same for many other animals. Add incredibly acute hearing into their potpourri of senses (animals can hear higher frequencies and greater distances than us) and you really begin to wonder what strange occurrences animals can hear and see.

Dogs have actually been used to detect some cancers in humans with great accuracy by utilizing their heightened sense of smell. Canines are used as service dogs to aid their seizure-prone or diabetic owners of looming attacks. Their olfactory senses are commonly used in bomb detection and locating missing persons and they’re capable of noticing subtle bodily shifts through odors and other signs like pupil dilation. Both domestic and wild animals have a keen sense of impending bad weather. Dogs foretold a tsunami in 2004 in a number of ways – with vocal warnings and behavioral changes.

But What About That “Sixth Sense”?

Some psychologists have long thought that both dog and human possess a connection to the paranormal “sixth sense.” Humans, however, more judgemental than animals, simply deny what they feel or experience. Humans are just too analytical while animals simply accept what’s going on! There are no easy explanations for animals reacting to the unseen. They could be reacting to atmospheric shifts like changes in the barometric pressure. Unrecognized sounds or movements could set them off because of early traumas like a bad rainstorm, hurricane, or tornado. Of course, what you shrug off as anxiety or trauma could actually be an unseen entity. Animals can talk to us only in cartoons and movies; not in real life. So when your dog is sitting in the corner barking at nothing and your cat rises on all four legs, hisses, and hunches it’s back, or your hamster squeaks in the darkness, perhaps they’re alerting you to an uninvited guest in the house. Many animals, similar to professional ghost hunters, possess the necessary tools which could enable them to espy a wayward spirit, a supernatural being, or even a leprechaun or two…we humans should have such luck!

References:
Quora.com: Can Some Animals (Like Cats and Dogs) Sense Paranormal Activity (Like Spirits)?
Animal Planet: Can Dogs Sense the Supernatural?