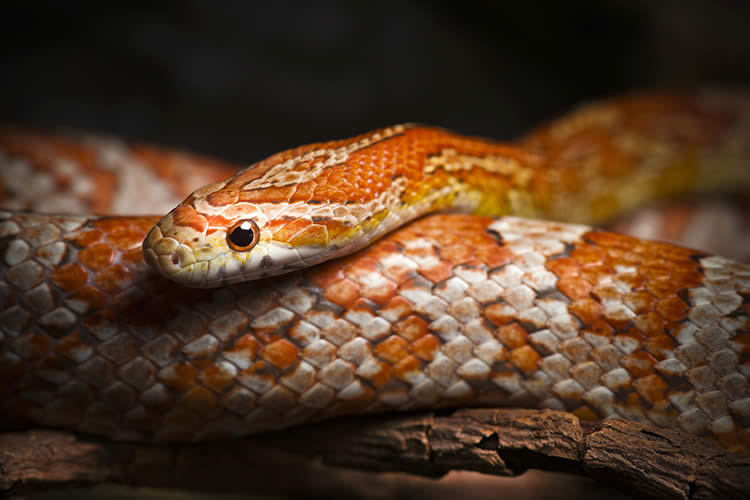 Snakes are everyone’s best friend! This statement may not be altogether true, however some snakes do make great pets, but only if you know how and when to handle these temperamental creatures.

The Reptiles of My Youth

When I was but a child, I loved collecting all types of animals as pets but reptiles were my favorite. I loved lizards like salamanders, geckos, and chameleons – but I also harbored a fondness for the very misunderstood reptile, the snake!

Research wasn’t as easy to accomplish in the past as it is today. In that time you’d have to actually travel to the library in order to research pet or animal care and since it was summertime and the library was pretty far away by a child’s standards, I bypassed this important step to learn about the animal I desired keeping as a pet! Had I known I would’ve bypassed some pain and suffering on behalf of both me and the garter snake I had captured. I would’ve known that the worst time to handle a snake was when the snake was going through a process called “ecdysis” meaning the snake was shedding its skin! During that time, snakes become extremely irritable and dislike any type of handling. The end result had me being bitten by that snake in a lesson learned the hard way. But since my boyhood folly I’ve done a lot of research and have actually found a nice variety of snakes you can adopt if your desire is to become a first time snake owner.

Each area has different laws regarding exotic animals and snakes are no different. Before you bring a snake into your home, you should check if your area allows you to own a reptile such as a snake. Certain towns, boroughs, and cities may have ordinances regarding owning certain reptile species.

Commit to Your Pet

A snake (as well as other reptiles) can have a long lifespan. A number of snakes can live for up to 20 years or more and for the average person, that’s a long time! You must also look at how you feel about feeding your pet live prey. Wild snakes will most likely prefer live prey as do bred snakes but, fortunately, if you’re a bit squeamish about feeding time, some reputable breeders may have trained their snakes to dine on purchased, pre-killed frozen animals.

Snakes are the slithering “Houdini’s” of the reptilian world and they’re capable of squeezing through the tightest of places. To prevent this you must be certain your enclosure is 100% escape proof. To fail to do so may compromise the enjoyment of any visiting guests spending time in your home when they witness your slithering pet undulating across your living room floor!

The following snakes are what I believe to be the best choices, meaning the best snakes that make good pets and are easy to care for.

The corn snake can grow up to five feet but some have actually grown a foot larger than that! These snakes have very good temperaments when handled not more than a few times a week and they are a snake that can be tamed. They’re not an expensive snake and can live approximately 15 to 20 years.

These docile snakes can grow quite large (6 to 7 feet) and are an easy care snake. What is really striking (excuse the pun) about the King and Milk snakes are their coloring and patterns which can be quite beautiful. Patterning ranges from stripes to speckles and bands. Like I said – striking!

Another good snake pet choice would be the ball python. I have known a few people who owned these beauties and these owners simply loved their ball python. Ball pythons get their name from when they roll into a ball when threatened. They grow from 3 to 5 feet (not as large as constrictors) and they can survive in captivity for an impressive amount of years – I’m talking 30 to 40 years! Ball pythons are also quite docile and easy to handle.

My final snake choice, the Gopher Snake, I chose mainly because of temperament. Gopher snakes are very tame when out of their enclosures and they also tend to be very predictable. They very rarely refuse meals which helps them to grow because these snakes can grow to over six feet or more! Amazingly, even considering their size, they remain highly manageable for both the novice and experienced snake handler.

If you have the urge to hunt for a snake on your own instead of adopting one I would recommend against your decision. Wild snakes face a number of problems when captured and some are formed by stress. Wild snakes may also harbor parasite problems when compared to captive bred snakes.

If you’re a beginner snake owner I would advise avoiding large snakes as well as venomous snakes (even with how cool a cobra looks!). Untrained snake handlers should slither clear of Red Tailed and Boa Constrictors, Tree and Burmese Pythons, Tree Boas, Water Snakes, and Green snakes.